We were both only children, John and I, united as siblings in our pre-teens when his mother married my father. For while, I chose this family, mirroring my father’s departure as I left my childhood island home and my mother on her own.

But, like so much of the future I envisioned for myself, this idyllic second family was as transient as I. At sixteen, I moved in with a boyfriend and soon after, my father and stepmother divorced.

John and I have stayed close all these years. We’ve shared our own divorce woes, visited each other across countries and continents. We spend summers together at the family lake house; I’ve watched my nieces go from cartoons to college.

John has also kept in touch with my father, the man who raised him. He’s nearing his nineties, insistent on living alone in his island cottage. He still drives, although his macular degeneration worsens each year.

Over the past five years, I’ve spent more time with my parents in the than I have in my entire life, and what I’ve found is this: it’s easier to be patient toward a mother with Alzheimer’s than a father who, in his ruthless determination to be terminally unique, is stubborn and quirky to a fault. He recalls very vehicle he’s ever owned in vivid detail. He prefers befriending the mice in his house to a visit from the exterminator. Often, his dinners consist of dark chocolate and a handful of peanuts.

Recently, John and I took our father on a riverboat cruise along the Seine. At first, I was a basket case. Dad complained. A lot. He slept through the whole excursion to Normandy. His breathing was as labored as a freight train going uphill. It took a week aboard that ship and John’s patient reassurances that I was a good daughter to finally accept my father for who he is.

Like the recent death of my husband’s daughter, I’m doing my best with a situation I’ve never been through: being a parent to my parents. Although his legs may be slower than his thoughts, my father’s mind is still razor-sharp.

And for that, we’re all grateful.

He was my mother’s first love. At twenty-one, she joined my father in the adventurous life of an itinerant oceanographer that took them from Boston to Miami, San Diego and finally, a return to the Maine island where they’d first met.

I grew up on that island, attended the tiny three-room schoolhouse, built a treehouse in the apple orchard of my backyard. 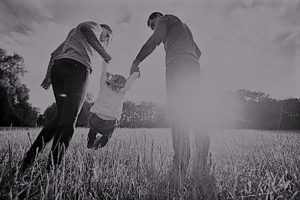 We were the odd family from “away”: two intellectuals and their only child. My mother, a stay-at-home graphic artist, and my father, a marine scientist who had worked with Jacques Cousteau. Their divorce, when I was eleven, came as a shock to all of us.

Eventually, my mother remarried and became a local celebrity, writing a monthly newsletter and cookbook. My father’s wanderlust continued as he moved through locations and relationships.

And I was a wild child for a quarter-century.

Our roles have reversed now, and I’m the parent to my parents. I became the stay-at-home-mom to a mother with Alzheimer’s. She’s the toddler who needs help getting dressed; my father’s the wild child who fancies himself a young Casanova.

And we are still the odd family.

We’re a week from mom’s big move to Arizona, a week away from our new beginning. Another week of fear, anxiety, doubt. 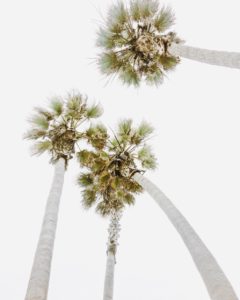 I wanted to find the perfect place. I’ve toured a dozen care homes between Maine and Arizona. I wanted to keep her in Maine.

But waiting lists are long. No care home is perfect. There’s beauty in imperfection, I’m learning, and perfectionism is a dubious honor.

A cross-country move is challenging for anyone. When I moved to California two decades ago, I traded familiarity for the unknown, rootless and disjointed for months. It won’t be any easier for an 82-year-old woman with dementia.

This I know. Yet the crippling self-doubt diminishes when I let go of fear. I haven’t given up, I’ve surrendered. And in accepting the situation, I’m ready to move on to better things.

In the wise words from a supportive friend: “NO DECISION IS WRONG. ESPECIALLY WHEN OUR HEART LEADS.”