“They’re hacking my brain!” she exclaimed. “There’s a camera in the ceiling fan recording me. They follow me everywhere!”

You probably think this is about how Alzheimer’s has hijacked my mother’s brain.

But this is a story about my step-daughter.

My mother’s had her share of delusions. The man in the closet wearing her high heels. Being held prisoner in the cellar with illegal immigrants. She’s never owned heels. Her memory care home has one level.

Both women have a brain disease. Last week, one chose to end her life. The disease became too real: sanity was elusive; treatment refused. 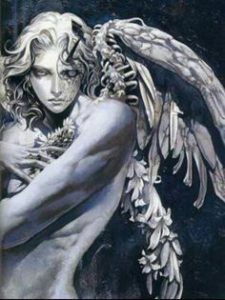 Again, I find myself packing up a life once lived.

We all have a chapter we don’t read aloud. In this case, there were volumes.

And I’m losing it.

“They’re stealing clothes from my room,” my mother laments. “And they throw out my magazine when I’m not looking.”

I wanted to believe her, but I know this is just another way Alzheimer’s robs my mother of rational thinking. “Let me take a look,” I say, and give her a hug. Over the years, I’ve become a stand-in for Saint Anthony in finding mom’s lost objects. The religious magazine she’s talking about is stashed at the back of her nightstand. Again.

At a workshop I attended last week, dementia expert Teepa Snow told us this: “If the same thing is missing three times in a row, it’s usually because it’s causing fear.”

Suddenly, I realized mom was hiding that magazine because the words had become terrifying. 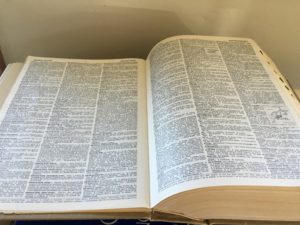 I made copies of the articles she likes, and now, while she holds her magazine, I read it aloud. She may not comprehend the words, but reading still brings her comfort. And together, it’s not so scary.